Home > What We Treat > Diabetic Retinopathy 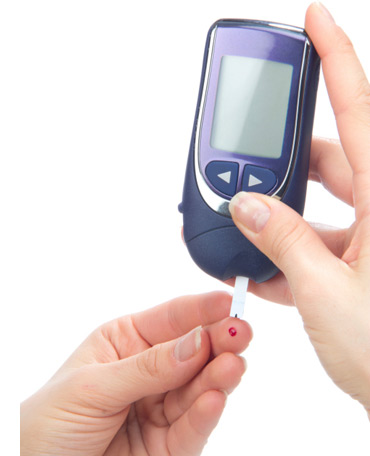 Diabetic retinopathy is a complication of diabetes related to chronically high blood sugar levels. It is a serious complication that may result in loss of vision or in the worst cases, blindness. It is one of the leading causes of blindness in adults in the US. Working conscientiously with your medical doctor to maintain healthy HbA1c levels and your eye doctor to detect and intervene with early treatment can help prevent advanced complications and help preserve vision.

Ongoing dynamic research has introduced new therapies that were not available as recently as the past decade. Researchers at Retinal Specials in association with the Helen Keller Foundation for Research and Education have contributed to the advancement in treatment.

There are two categories of diabetic retinal disease each with their own associated complications. Many of the treatments below may be used at any stage of the disease as needed singly, consecutively or in multiple combinations. Your physician will explain the specifics of your situation and the risks and benefits to you for each procedure.

Background diabetic retinopathy sometimes called non-proliferative retinopathy is the first stage of distress found on retinal examination. Blood vessels can be damaged throughout the body by diabetes and in the retina the vessels begin to leak. Small hemorrhages or deposits of cholesterol may be seen. Some vessels have microaneurysms and other vessels close off completely. In some cases the leakage causes swelling or thickening of the macula, the critical area for detail vision, causing macula edema. Macula ischemia damages vision when the vessels or capillaries close off to the extent that the blood supply to this area no longer functions to nourish the retina.

Early changes can occur without a noticeable change in vision which is why it is important to see an eye doctor at regular intervals. Later progression does produce a significant loss of vision. Treatment may prevent advancement and other treatments sometimes can improve deteriorated vision.

Treatments for background diabetic retinopathy may be performed singly or in combination.

Laser photocoagulation is a form of surgery usually performed in the office setting with a highly focused intense beam of light. The light is applied to abnormal leaky vessels to seal them off. Laser surgery helps to prevent further progression of the disease and sometimes an improvement in vision is seen. It is not, regrettably, a cure and cannot restore tissue that has been damaged.

Anti-VEGF medications are used either alone or in combination with laser to treat leaking vessels. This relatively new drug acts to prevent the formation of abnormal, new leaky vessels. Positive responses have been seen with this new application of the drug. The drug is administered into the vitreous cavity where it can act directly on the diseased retinal tissue.

Steroid medication administered in the vitreous cavity acts to reduce the swelling in the macular tissues. Both of these medications work on a short term basis. The results are only temporary.

Pneumatic maculopexy is a novel combination of procedures and medications that can produce a more lasting result. An injection of steroid medication and a gas tamponade are both administered within the vitreous cavity combined with a grid of laser. This treatment is given in various combinations or various orders based on each individual case.

Proliferative diabetic retinopathy is the advanced stage of diabetic retinopathy. New fragile blood vessels grow on the surface of the retina. These thin fragile vessels may leak blood and you might see a sudden onset of many black specks in your vision. Other times a significant vitreous hemorrhage can obscure vision. It is possible for small hemorrhages to clear on their own in time but without treatment they can reoccur. Untreated, the environment is conducive for the growth, proliferation, of abnormal scar tissue that may cause the retina to detach. This is known as a traction retinal detachment. Macula edema is also a possible complication of proliferative retinopathy and may be treated with Anti-VEGF drug to reduce swelling.

The treatments for proliferative retinopathy include a more extensive form of laser treatment where laser is applied to a large portion of the entire peripheral retina. The treatment known as pan retinal laser photocoagulation acts to reduce the response of the damaged retina of growing new blood vessels. The treated portion of the retina will no longer function reducing the abnormal response and preserving the function of the critical macula portion of the retina. While this treatment does cause some loss of side vision it is usually unnoticed or only minimally detected by most people.

Diabetic Traction Maculopathy disorders require surgery when traction forces applied to the macular surface by abnormal scar tissue are causing significant structural and/or functional changes. Diabetic proliferation of scar tissue can be severe throughout the retina. It can detach the retina with serious loss of vision as a consequence if not treated. Successful treatment of diabetic retinopathy requires the concerted effort of the individual patient, the retina surgeon and the physician who manages the treatment of the patient’s diabetes. Stakes are high but as in the other conditions success is possible.

In more advanced stages neither laser nor medication are sufficient. Vitreous hemorrhages that do not resolve may be removed from within the eye by a surgical procedure known as vitrectomy. Vitrectomy is performed in a hospital setting in the OR. Vitrectomy is necessary for repair of detached retina. Laser surgery is also often included with vitrectomy.